On the farm, our farmers have had to think about what you might select for Christmas dinner since the Spring and Summer when day old chicks arrive to be raised for Winter.
From the traditional turkeys and geese, you’ll find guinea fowl, Barbary and Aylesbury ducks, game birds, geese and…cockerels being raised for the Christmas table.

It’s fantastic to discover that some of our farmers raise cockerels for the Christmas table – and beyond.

Cockerels tend to grow faster and bigger than hens and the meat to fat ratio is lower, which is why most commercial intensively reared units like male birds.

Richard Waller farms in Chesham where he raises Aylesbury ducklings and capons, but he makes it clear that he’s talking about old fashioned large chickens. He’s also one of the few farmers who brings free range turkey to our markets year round.

Over at Fosse Meadow Farm in Leicestershire, Nick Ball and Jacob Sykes sell their wonderful free range chickens, turkeys, cockerals & geese at our markets. When I visited the farm Nick explained that they’re also:
‘ trying to offer cockerels as an all year option too so that people can be brave and try an authentic coq au vin.’

At Fosse they’ve had great feedback from people who have bought a cockerel because of the depth of flavour and texture of meat they get.

They receive the birds as day olds in a 50:50 mix of male and female. The chicks go under heat lamps for two to three weeks and the females are grown from 12-14 weeks which is twice as old as supermarket free-range. They do this to achieve the best flavour and maintain their own high welfare standards.

The cockerels are left to grow on for 22 weeks. As Nick says,
‘the longer you keep them the more of a workout the birds get which essentially leads to a richer meat.

At Fosse all their hens are kept in small flocks of 400, with 200 to each shed on large fields. I’ve seen for myself that this means that the birds act in a natural way that often isn’t found with large flocks of birds.

Their 200 cockerels are kept in two sheds. Any problems regarding bullying and noise, they get around by keeping them some distance from neighbours and allowing them plenty of space to get out of each others way.  Darkened sheds are used to keep them calm. At dawn it stops them being noisy and scrapping.

The birds are fed an additive free diet from a local supplier so the birds grow naturally and corn is added from 10 weeks. This is supplemented by anything the birds can find by scratching and pecking amongst the fields and trees.

Nick and Jacob use Cotswold White and Cotswold Gold breeds which are slow growth, hardier and taste better than anything else they’d tried.  They also use a Ross Cobb because it is the best slower growing bird for customers who want a big 5.5 - 6kg cockerel at Christmas.
The Christmas cockerels meet their maker on the farm and are hung for 7 days before being but into presentation boxes for delivery.

There’s nothing tough about a cockerel either. Nick suggests when roasting, put on its belly for 20mins gas 5 then flip over and turn down to gas 3 for the remaining cooking time, season and herb as you prefer.

James Evans of Pastures Farm free range Poultry in Northamptonshire sells around 300 cockerels at Christmas, most of which have been on farm since late August to mid September and range from 3.5Kg up to 6Kg.
James raises cockerels year round, but it’s at Christmas that the birds are kept longer and brought on to a larger size.
The birds are slow growth Hubbards and Cotswold Whites and he keeps them in small sheds of between 200 – 250 per flock without separating out the males and females. With good management they don’t fight, although the males will aim a good peck over the top of his Wellingtons!
James also raises free range Norfolk Bronze turkeys, geese, Aylesbury and Barbary ducks and guinea fowl.

If you’re looking for a smaller bird to serve between 2 - 4 people, a guinea fowl is fantastic, with a slightly gamey flavour that’s a cross between chicken and pheasant.  A plump Barbary duck will easily feed 3- 6 people

At Fabien and Simon Peckham’s Galileo organic farm in Warwickshire, they rear a mixed sex group of chicks each month.  As with James Evans, the chicks are treated no differently to each other, they live and feed together in the same environment.
Fabien told me ‘We find that they act no different until they reach 20 weeks when they can become a little more boisterous if allowed to.  With our system having killed the majority if not all the females by then (otherwise they put down to much fat - the normal female problem) we do not see a large amount of male dominant behaviour.’

The Peckhams favour a Cornish Game Bird, an old breed that crossed the old traditional 1950's breed with a more commercial bird to produce a big breasted slower growing chicken.

They produce hens and cockerels that can weigh between 3-5kgs at Christmas.  Fabien reckons that one of their 3kg birds feeds up to 6 people happily.

The chickens are caught as night falls when they would be roosting, and are taken to the on farm slaughter room. After being dry plucked they hang for a few days before being hand dressed.  Their chickens are £7/kg which they think is worth it, both for the flavour and for the very labour intensive work that goes into production and dressing.

All the Galileo poultry is kept in small numbers.
Chickens are 150 per house, whilst ducks, geese and turkeys are 100 per house. They are allowed as much access to the outside as is possible, fed a home mixed ration based on their developmental needs and killed on site to reduce stress. All Christmas poultry is hung for 10-14 days to improve the flavour of the meat.

Fabien told me that all of their turkeys, geese and chickens have 30 acres to range on but for some, that‘s not enough.
‘The turkeys have been known to adventure onto the road – some 500 yds from their house, much to the police’s amusement’

Geese have unlimited access to the pond to allow swimming and diving to entertain their days.

Whatever your choice, you can be sure that these birds have all had a truly free range life, and if you’ve always wanted to try a true coq au vin, now’s your chance!

For details of all London Farmers’ Markets producers and markets - LFM.org.uk
Twitter.com/londonfarmers 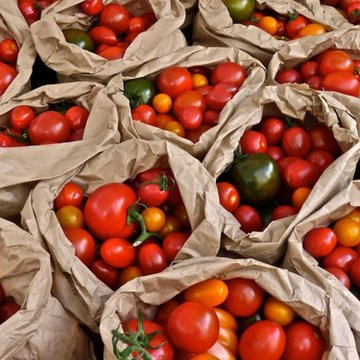 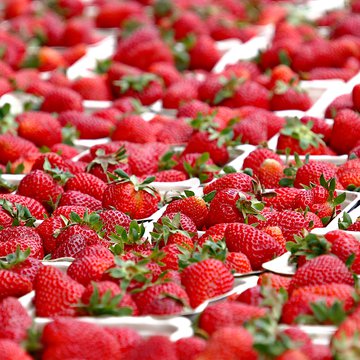 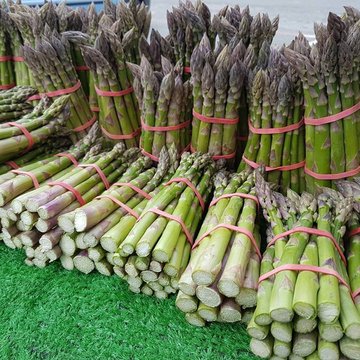 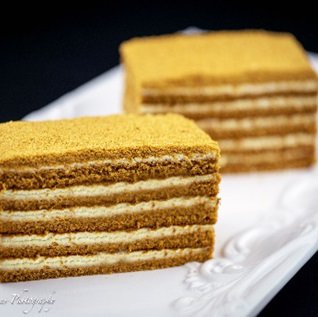 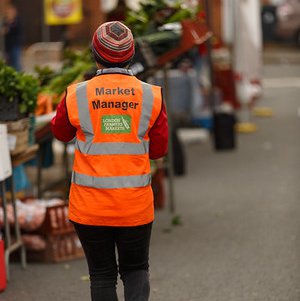